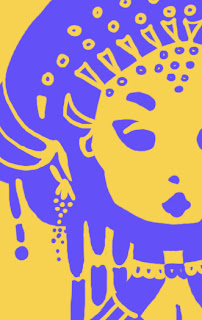 Not my style really but it worths to try:)
Posted by Angeliki at 11:27 AM 5 comments: 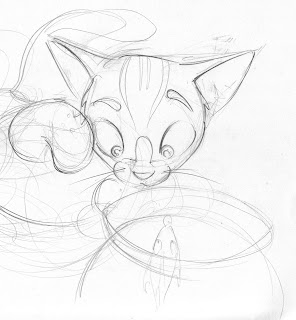 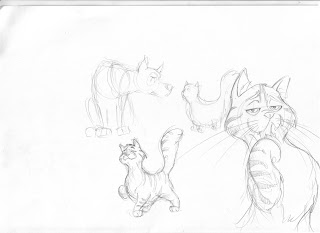 A dog in a Greek Alley 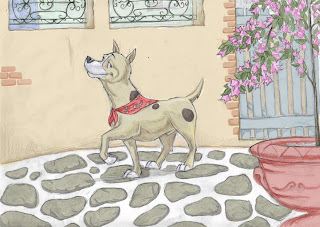 It'a been a while since my last post, but here you go;)
Posted by Angeliki at 1:31 PM 3 comments: 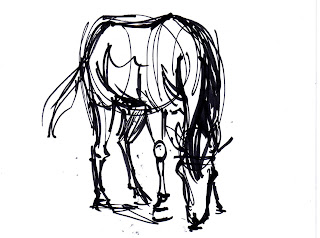 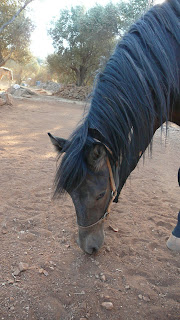 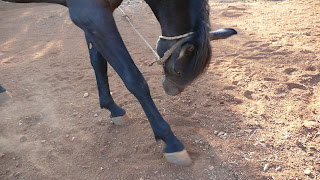 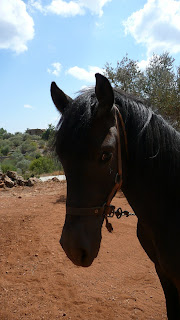 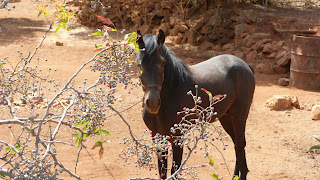 First time I met a Mr.Horsie from so close! I was passing by with the car and he looked at me (or the car) going 'wow girl! Nice vehicle! hehehehe

Then I got off the car taking a great risk for my life since I never been around horses and I have no idea how they react...He looked at me and he let me caress his hair (which by the way were much better brushed than mine :P) He seemed very dissapointed when only after 1200 fotos I decided to go....

Next day I returned with sugar and apples but I think that pissed him off:P He started doing this thing with his feet (2nd picture from top) and standing on his back legs but he didn't seem aggressive...Just a bit overexcited to go close:PPPP

I have no clue of what his name is but I like to think his boss calls him "Yiakoumi'' cause that's what I called him....Come to think of it...That must probably pissed him off:P
Posted by Angeliki at 3:13 PM 4 comments: